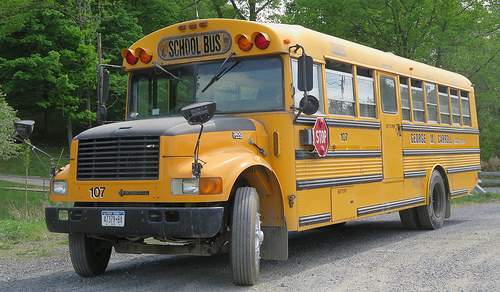 The NHTSA has announced that a manufacturing defect can cause the windshield wipers in certain school buses to stop working. The wipers can stop without warning, which could decrease the driver’s visibility during inclement weather, increasing the risk of a crash. As a result, Blue Bird Body Company is recalling 63 model year 2016-2017 Vision school buses and one 2017 Vision transit bus.

According to an NHTSA safety report, the windshield wiper motor harness electrical connector may have been assembled incorrectly at the supplier, Wexco Industries of New Jersey. An investigation found that the wiring in the terminal slides were not all fully seated into the connector on some wiper motors which could cause a malfunction. This issue could cause the wiper system to stop operating without warning.

Blue Bird will notify owners, and a dealer will inspect and repair the wiper motor connection, free of charge. The recall is expected to begin on November 25, 2015.