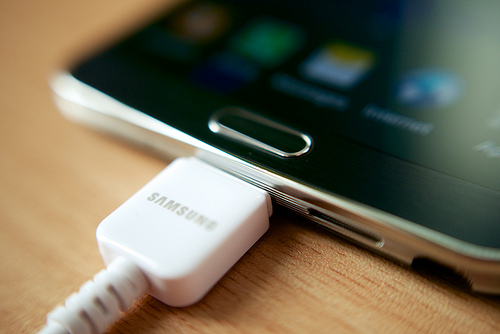 Most of today’s consumer electronics are powered by rechargeable lithium-ion batteries, but Samsung is working on a better battery. Researchers at the Samsung Advanced Institute of Technology, the company’s R&D hub in Korea, say they have developed new materials that make batteries with twice the capacity of typical lithium-ion batteries. Samsung has applied for patents covering the new technology in Korea, China, Europe and the United States.

In a paper published in the journal Nature Communications on June 25, 2015, the researchers describe how they developed a new cathode material. First, they used sililcon because of its “unparalleled gravimetric capacity,” with the potential to store up to ten times more power than (traditionally used) graphite. However, with silicon alone, the researchers observed battery life degradation. Next, they tried coating silicon with graphene—the strong, highly-conductive material that researchers around the world have been turning to for solving all kinds of technical conundrums. The result: energy density that is nearly double commercial lithium-ion batteries. This new material could lead to better battery performance for electronic devices such as smartphones and tablets, but it could also be used to make better batteries for electric vehicles.