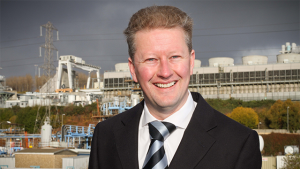 Manchester cable seal manufacturer Roxtec has struck a deal to supply its sealing systems to a site extension at one of Britain’s biggest polymer manufacturers. Roxtec UK managing director Graham O’Hare said the deal with FTSE 250 company Victrex involved Roxtec supplying fire and blast proof seals to a major upgrade of its production site at Thornton Cleveleys in Lancashire. The new facilities are increasing production capacity by around 70pc for Victrex’s PAEK polymers to fuel global demand across the transport, industrial and electronics sectors.

“Roxtec makes the most advanced cable and pipe seals in the world,” said O’Hare. “Here we were required to provide a solution which was superior to a typical firestop product. The key difference is that our seals protect against multiple hazards including fire, water ingress, noise, vibration, vermin, gas ingress, lightning, dust and sand. In this instance, in addition to the one hour E&I fire rating, Roxtec provided a blast proof seal.”

“Roxtec seals are a small component but play a critical safety role,” he said. “The seal has been extensively tested at our fire laboratory in Sweden. We were further able to offer our engineering expertise by providing support during design, training and site visits throughout construction. “

O’Hare said during the planning phase the design engineers were able to deploy the innovative Roxtec Transit Designer computer software. “Our software is a highly effective tool for engineers wanting to save time,” he said. “It is the most innovative of its kind on the market and enabled their team to produce detailed drawings, quickly and simply, of cable and pipe penetrations which makes the installation process faster.”

Roxtec is also able to pass on its expertise via its new CPD (Continuing Professional Development) accredited seminars programme which examines sealing of cables and pipes in the refining and petrochemical industry, covering legislation, industry standards and best practice.