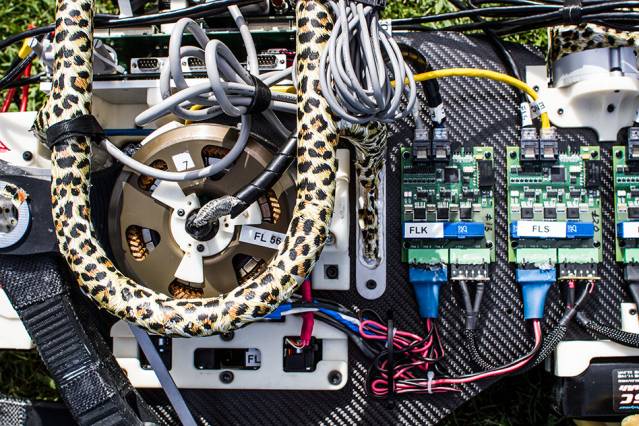 Researchers at MIT have developed a bounding algorithm that was demonstrated using a robotic cheetah. The bounding algorithm causes the robot’s legs to use a precise amount of force in the split second it touches the ground to maintain a specific speed.  The faster the speed, the more force required to drive the robot forward.

The cheetah-bot was tested on an indoor track running up to ten mph, and the researchers estimate it could reach speeds of up to 30 mph. It can run on a rougher terrain because of the custom-designed, high-torque-density electric motor, and bio-inspired legs. Associate Professor Sangbae Kim says, “most robots are sluggish and heavy, and thus they cannot control force in high-speed situations.”

Watch a video to learn more about the development and testing of the cheetah-bot.