Retlif Testing Laboratories has announced the promotion of Richard Reitz to the position of Retlif Director of Engineering. 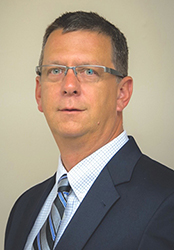 As Director of Engineering Mr. Reitz will oversee Retlif’s testing and staff engineers at all the Retlif testing facilities including the Ronkonkoma, New York Headquarters and Plainview, New York composite laboratory, and the Harleysville, Pennsylvania, Charlotte, North Carolina and Goffstown, New Hampshire laboratories.  Mr. Reitz will be based in Harleysville, Pennsylvania.

An iNarte Certified Accredited Test Laboratory Engineer and member IEEE EMC Society, Richard Reitz  has chaired various groups for the American Council of Independent Laboratories (ACIL) and is a  Preston S. Millar Award winner. He is also active in National Cooperation for Laboratory Accreditation (NACLA) having served as President, Vice President and Secretary. Mr. Reitz has been with Retlif since 1985, serving in several capacities.

“In staying ahead of the curve in an industry where compliance is a must not a luxury, coordination of multiple laboratories in multiple locations can only happen through a visionary Director of Engineering. Richard Reitz has the vision, the background, the training and the dedication to ensure technical coordination, expertise and communication between all Retlif laboratories, as well as communications between Retlif engineers and our clients.”