Columbia Engineering researchers have developed a technology that could double network capacity. They have improved their own breakthrough research, by shrinking their already-impressive technology. Last year, the researchers invented full-duplex radio integrated circuits that can enable simultaneous transmission and reception at the same frequency in a wireless radio. Now they have made it even better—while the original version required two antennas (one for the transmitter and another for the receiver), the new and improved invention only requires one. 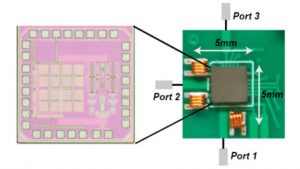 The improvement is due to a circulator, a component that enables full-duplex communications where the transmitter and the receiver share the same antenna. Harish Krishnaswamy, one of the engineers on the project said:

Our circulator is the first to be put on a silicon chip, and we get literally orders of magnitude better performance than prior work. Full-duplex communications, where the transmitter and the receiver operate at the same time and at the same frequency, has become a critical research area and now we’ve shown that WiFi capacity can be doubled on a nanoscale silicon chip with a single antenna. This has enormous implications for devices like smartphones and tablets. 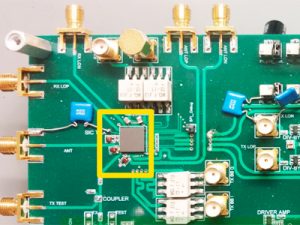 The researchers presented their findings at the 2016 IEEE International Solid-State Circuits Conference in February 2, and published a paper describing the work in Nature Communications. Researcher Negar Reiskarimian explained “We wanted to create a simple and efficient way, using conventional materials, to break Lorentz Reciprocity and build a low-cost nanoscale circulator that would fit on a chip. This could open up the door to all kinds of exciting new applications.”