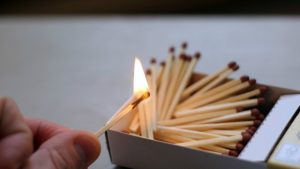 CENELEC has released a new edition of EN 60695-1-20, the standard for “fire hazard testing – Part 1-20: Guidance for assessing the fire hazard of electrotechnical products – Ignitability – General guidance.” EN 60695-1-20:2016 can now be purchased from CENELEC’s website.

IEC 60695-1-20:2016 provides guidance on the ignitability of electrotechnical products and the materials from which they are formed. It gives guidance on the principles of ignitability; the selection of appropriate test methods and the use and interpretation of results. This first edition of IEC 60695-1-20 cancels and replaces the first edition of IEC TS 60695-1-20 published in 2008. This edition constitutes a technical revision. This edition includes the following significant technical changes with respect to the previous edition: – ISO 5660-1 has been added to the normative references; – definitions of pyrolysis and short-circuit have been added to Clause 3; – some text from the introduction has been moved to Clause 5 and is now part of the normative text and Clause 5 now contains several mandatory statements. This part of IEC 60695 is intended for use by technical committees in preparation of standards in accordance with the principles laid down in IEC Guide 104 and ISO/IEC Guide 51. Key words: Fire Hazard, Fire Test Method, Fire Safety Engineering, Ignitability.