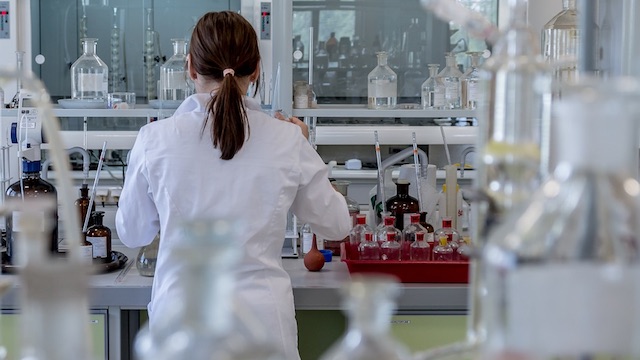 Researchers from Chungbuk National University have devised a new design for an ultra-wide bandwidth and thin microwave absorber. The new design features two frequency selective surfaces (FSSs) that have different patterns of resonating frequencies. Scientists believe this technology could be vital as the use of electronic devices rapidly increases. With the ever-growing use of electronics, there is a need for high-performance absorbing materials that are capable of electromagnetic control and compatibility.

Unfortunately, this has proven to be easier said than done. Scientists have found it challenging to successfully achieve simultaneous bandwidth enhancement as well as thickness reduction. This is due in large part to the inverse proportional relationship between thickness, bandwidth, and reflectance if the absorbers. Scientists believe their new design will provide a big step forward in developing this technology.

An equivalent circuit and strip wire conductor model were used to determine the circuit parameters, capacitance, and inductance of the three types of FSS. The three types of FSS are cross, square loop, and square patch. Because if its high values of capacitance and inductance, the square loop FSS showed a low frequency of resonance, about 10 GHz. By contrast, the square patch of small inductance showed a much higher frequency of 36 GHz.

Scientists combined the two FSSs, designing an ultra-wide absorption bandwidth. The bandwidth ended up at a total thickness of 5.5 mm for an air substrate. This measurement is close to the theoretical limit. Researchers were able to state the possible mechanism due to the coupling behavior that emerged between the double-layer FSSs.

The square patch and square loop were fabricated using a screen printing method. They were designed to ensure the surface resistances and geometries were as close to optimum values as possible. A resistive ink material made of carbon black paste was used as the printing substrate.

Further research is needed to streamline the technology, but scientists behind the work are confident that this is a major step forward in electromagnetic wave absorbers. Scientists believe that this technology could help to ensure much-needed electromagnetic wave control and compatibility. And as the use of electronics that rely on the broad frequency spectrum continues to exponentially grow, this technology will only be more vital.