A team of researchers at Brown School of Engineering has developed a new power-splitting device for terahertz (THz) waves. Capable of operating over almost the entire THz range, this basic component shows promise for wireless and broadband THz applications.

As the demand for wireless communications increases and bandwidth decreases, access of the THz frequencies will unlock new faster methods of data transfer.

One of the big thrusts in terahertz technology is wireless communications. We believe this is the first demonstration of a variable broadband power splitter for terahertz, which would be a fundamental device for use in a terahertz network. 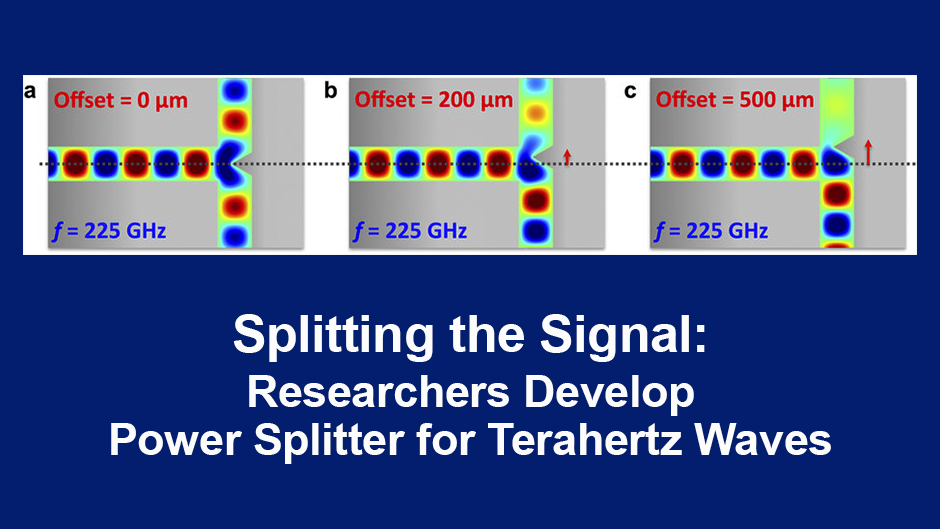 The new device is comprised of multiple parallel plate waveguides  (PPWG) shaped to form an H-plane T-junction. The signal enters one leg of the device and is split by a triangular septum that directs the THz light down each arm with precision and control. The triangular shape of the septum minimizes radiation, reduces signal loss, and can be adjusted to send a variable amount of power down either arm.

The team has demonstrated the basic concept of operation and continues to work with the device and refine the design. Other recent achievements of Brown’s School of Engineering lab include the first system for multiplexing and de-multiplexing, as well as a new type of lens for focusing terahertz waves. The team at Brown aims to create a complete family of easy to integrate waveguide tools for accessing terahertz frequencies that will one day enable data transfer up to 100 times faster than current cellular and Wi-Fi networks.