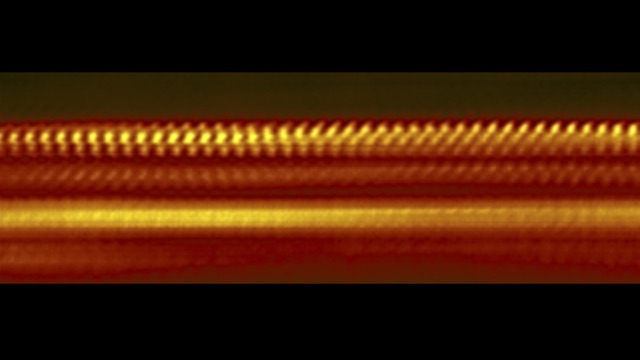 National Institute of Standards and Technology

Researchers from Stanford University have created a new type of heat shield designed to protect consumer electronics. The heat shield is atomically thin, and could provide a respite from the excess heat generated by laptops, smartphones, and other electronics regularly used by people all across the globe.

Traditionally, a layer of glass or plastic is inserted into such a device to reduce the impact of heat-generating components. When microprocessors and similar aspects of a device get too hot, they can cause discomfort in users. In some cases, the lithium batteries found in these devices will actually explode from overheating.

In order to combat this problem, Stanford researchers decided to create a different type of insulator. They combined several layers of atomically thin materials, placing them on top of one another over the parts of a device most prone to generating excess heat. What they learned was that this incredibly thin material provided the same degree of insulation as glass sheets 100 times thicker.

Engineers utilized a layer of graphene, which is made up of a single layer of carbon atoms, to construct the powerful insulator. They combined it with three other materials with sheet-like properties, all of which were no more than three atoms thick. The end result was a four-layered insulator that is a mere 1o atoms thick. Although it may be thin, the new insulator proved extremely adept at dampening atomic heat vibrations, keeping the devices as cool as their thicker counterparts. This is because the layers of the ultra-thin insulator are designed to cause the atomic heat vibrations to lose significant energy as they pass through each successive layer.

The idea for this design came from thinking of heat in terms of sound. In fact, the heat that comes off our devices is, in reality, a high-frequency sound that is completely inaudible. Electrons flow through wires in the form of electricity, colliding with the atoms found in the material they are traveling through. As they collide, the atoms vibrate; these vibrations eventually generate the energy we perceive as heat — and which this new insulator can effectively dampen.

While this is an exciting leap forward in consumer electronics, the next step could prove challenging: finding a way to mass-produce atom-thin layers of material so they can be incorporated into the manufacturing process. Engineers will continue to research and investigate the potential of their atomically-thin insulators and hope to find a process for mass production that is fast and cost-effective.