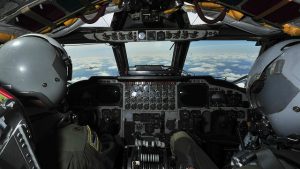 The Pentagon needs to develop new operational strategies for electronic warfare, according to a report released earlier this month from the Center for Strategic and Budgetary Assessments (CSBA). At a December 2 event on Capitol Hill, CSBA representatives released the report and urged the Department of Defense to be more strategic with using electromagnetic spectrum warfare (ESW) to avoid detection and deter enemies. The report, called “Winning the Airwaves: Regaining America’s Advantage in the Electromagnetic Spectrum,” analyzes military use of electronic warfare over the last century, and concludes that while the U.S. once led the way, China and Russia are quickly catching up with technology such as jamming, stealth aircraft, and electronic eavesdropping.

In the same way smartphones and the Internet are redefining how the world shares, shops, learns, and works, the development and fielding of advanced sensors and networking technologies will enable some militaries to gain significant new advantages over competitors that fail to keep pace.

According to the report’s authors, the U.S. has already developed numerous electronic weapons and systems, but there are too many bureaucratic barriers for actually implementing the technology. “New operational concepts are necessary to leverage the technologies we’re already fielding,” said CSBA senior fellow Bryan Clark. He suggested that a new operational strategy would help the U.S. use existing ESW technology in more ways. For example, a jammer that is currently deployed on a traditional aircraft could also be installed on an unmanned aerial vehicle (i.e. drone), to secretly penetrate deeper into enemy territory. This method would be safer and less expensive.

The report concludes, “By adopting a new approach to EMS warfare and developing low-to-no power operational concepts and capabilities, the U.S. military could once again gain a significant edge over its future opponents. A failure to do so, however, could put America at risk of losing the battle for the airwaves.”