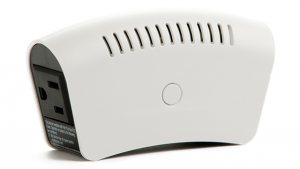 Vivint Inc. has announced a recall of their dimming switch modules because the module wiring is incorrectly installed, posing a shock hazard to consumers.

The recall includes about 213,000 Remotec plug-in dimming on/of switch modules, model ZDS-100US. They were sold separately or in home automation alarm systems that remotely control lighting and home appliances; and act as a repeater that amplifies wireless signals. The off-white module plugs into the wall and has electric outlets on both sides, as well as signal strength indicators at the top. Recalled modules have the first four digits of the serial numbers ranging from 1115 through 1440. Remotec model and serial numbers are printed in black on the rear of the dimming switch module.

They were sold at authorized dealers nationwide and at www.vivint.com from April 2011 through October 2014 for about $50. No incidents or injuries have been reported. Consumers are advised to contact Vivint immediately for a free replacement module.