Reinventing Airport Screening For The Future 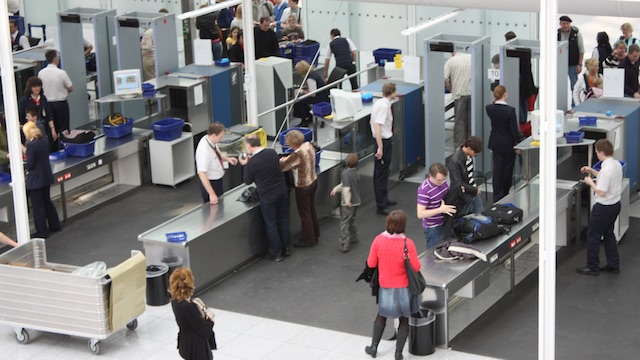 Researchers and engineers from Duke University have been tasked by the Department of Homeland Security with reinventing the airport screening process. These scientists will research, design, and ultimately develop a new type of X-ray scanner that is capable of determining both the 3D shape of an object, as well as its molecular composition. Officials believe this technology could revolutionize airport safety forever.

The contract with Duke will run for three years, and provide researchers with $5.83 million from the government. Duke scientists will collaborate with experts from the University of Arizona, as well as companies like Quadridox and Smiths Detection on the various safety and logistics concerns of their invention.

The new scanners are a hybrid combination of multiple types of scanning technology. They will combine multi-view transmission with X-ray diffraction tomography. Multi-view transmission is when X-rays are passed through an item from a variety of angles in order to create a 3D image. It has become a common feature at most airports.

The second component is less well-known, but could make a big impact on airport security. X-ray diffraction tomography doesn’t actually exist beyond laboratory prototypes — but scientists are hoping to change that. The technology works by gathering a variety of information from X-rays after they have bounced off an object. The material of the object is determined based on the angle and wavelength of the deflected X-ray. This creates something like a ‘fingerprint,’ which scientists can then use to determine the material’s atomic structure.

This technology already exists, and can operate effectively. The challenge for scientists is creating a system that can do so quickly and effectively, without slowing down the movement of passengers as they head through security.

Duke scientists have been trying out a coded aperture to speed up the process. X-rays pass through a pierced shell by way of the various holes. This allows them to come in at assorted angles to get the data they need. The challenge is developing an exact pattern to block the X-rays and control their movement. Computers can then take this data and turn it into a far more thorough and complex signal. Scientists can then gather the deflected X-rays quickly, so they can determine exactly what material is being scanned.

Although the prototypes have proven successful, they are still nowhere near ready for commercialization. Duke scientists are continuing to work on their design, and hope to use computer simulations to further improve on the models they’ve already created.