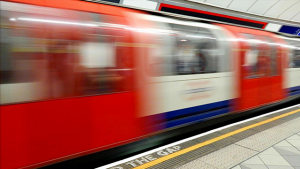 London’s rapid transit system is getting an energy efficient upgrade that borrows technology from electric vehicles. Transport for London (TfL) just finished a five week trial for incorporating a regenerative brake system into the London Underground, known as the “Tube.” The system lowers energy consumption, which reduces commuters’ carbon footprints and frees up a significant amount of money that can now be used for additional upgrades. The results of the trial suggest that recycling energy from trains’ brakes could save as much as £6 million (that’s US $9 million) per year.

The technology is similar to hybrid or electric vehicle braking systems, which convert a vehicle’s kinetic energy from deceleration into electricity to power the car’s electrical equipment. London’s upgraded transportation system collects energy from the train’s brakes and feeds it back into the power mains to supply electricity for train stations.

During the trial, TfL found they could capture 1MWh per day, which is enough to power 104 homes per year. An additional indirect benefit is that the new braking system uses less heat, and therefore less energy will be wasted on cooling.

This state-of-the-art regenerative braking system has the potential to transform how we power stations across the TfL network, unlocking massive power savings and significantly reducing our energy bills. We are committed to doing more to reduce our energy use, and this technology – a world first for metro railways – is one of a number of innovations we’re embracing to lower our environmental impact.