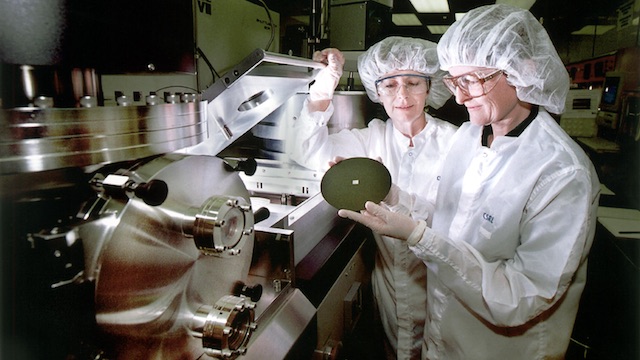 Scientists from Lawrence Livermore National Laboratory and UC Santa Cruz have designed a powerful new supercapacitor electrode that is providing them with record-breaking results. The 3D-printed device has been truly impressive in terms of power and performance. Scientists believe that the new technology could be instrumental in creating fast-charging energy storage devices as well as a host of new innovations.

The supercapacitor electrode was fabricated thanks to 3D printing technology. Scientists used a printable graphene aerogel, which allowed them to create a porous three-dimensional scaffold. The scaffold was then loaded with pseudocapacitive material.

The laboratory tests for the new device produced some truly surprising results. The electrodes managed to achieve the highest areal capacitance ever reported for a supercapacitor. Areal capacitance is the electric charge that is stored per unit of electrode surface area. This new technology could be what is needed to make supercapacitors compete with batteries as a viable power source in a plethora of different applications.

A key component in this success was the addition of manganese oxide. This is typically used in pseudocapacitive material. A pseudocapacitor is a supercapacitor capable of storing energy through a reaction at the electrode surface. This makes the performance of the device similar to that found in batteries. Supercapacitors, on the other hand, tend to store energy through electrostatic mechanism.

“The problem for pseudocapacitors is that when you increase the thickness of the electrode, the capacitance decreases rapidly because of sluggish ion diffusion in bulk structure. So the challenge is to increase the mass loading of pseudocapacitor material without sacrificing its energy storage capacity per unit mass or volume.”

The new design has effectively dealt with many of these concerns. It demonstrates a massive game-changer in terms of balancing mass loading and capacitance within a pseudocapacitor. Scientists successfully increased mass loading to more than 100 milligrams of manganese oxide per square centimeter. This is a record-breaking result — and it was achieved without compromising the performance of the device. Commercial technology can handle about 10 milligrams per square centimeter.

Perhaps most significantly of all, the areal capacitance increased linearly. There was mass loading of manganese oxide and electrode thickness. However, the capacitance per gram stayed virtually the same. This means that ion diffusion will not limit the electrode’s performance, despite the high mass loading.

Scientists believe that this research could soon help supercapacitors to achieve the wide use currently enjoyed by batteries. Additionally, this technology could change the way we store and transfer energy in the future.