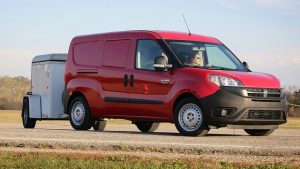 Chrysler is recalling a total of 26,867 vans because a problem with the electrical system can make the transmission unexpectedly shift into neutral without warning, which could increase the risk of a crash. The recall includes certain model year 2015-2016 Ram ProMaster City vans.

The issue is caused by a low-voltage electrical harness connector by the front driver seat that may be susceptible to water intrusion and corrosion. Corrosion in the CAN-C (“Star”) connector can cause a loss of communication to the Transmission Control Module (TCM) and may cause the transmission to unexpectedly shift into and stay in neutral without warning the next time that the vehicle stops. An unintended shift into neutral will prevent the vehicle from being moved. Additionally, if the driver turns off the engine, the van won’t be able to restart.