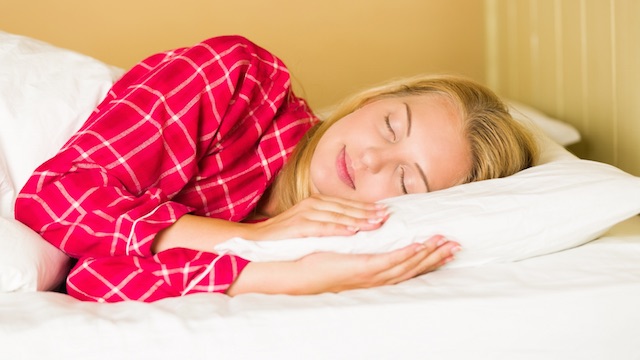 Researchers at the Massachusetts Institute of Technology (MIT) have designed a new way to study sleep patterns. The new technology allows them to observe sleep patterns and study a patient’s brainwaves in any location — even in the patient’s own home. The small device is easy to transport, and can accurately analyze and decode sleep patterns.

This device could fundamentally change the way scientists monitor and observe sleep patterns. Instead of having a patient come in once every few months and spending the night under observation in a lab, they would instead be able to take this device home and compile data over the course of weeks or months. Not only would this be markedly easier for scientists to gather data on the sleep habits of patients, they’ll be able to monitor the long-term effects of drugs and diseases. Diseases such as depression, epilepsy, Parkinson’s disease, and Alzheimer’s disease have all be shown to have a distinct impact on sleep cycles and quality.

Doing this wirelessly in your own bedroom, you could really see the impact of drugs, and progression of diseases by long-term monitoring.”

Dina Katabi, a professor of electrical engineering and computer science at MIT and leader of the project

The device combines a variety of scientific data to measure and decipher the various sleep stages a patient can engage in. By tracking breathing, pulse, and movements the system can work out sleep stages with around 80% accuracy. This puts it on par with in-lab tests of the same nature.

The radio frequency system tracks the sleep cycles, transmitting waves at one-thousandth the power of a wi-fi signal. Additionally, the device is capable of picking up signals reflected from walls, furniture, and the sleep subject itself. These are all used in the process of determining and deciphering the subject’s sleep cycle, as even the slightest of movements from a sleeping subject can alter the frequency of a reflected signal. From there, the artificial intelligence (using a deep neural network) extracts all relevant sleep-related signals and turns them into data. The end result is comprehensive and complete data on the various sleep stages that could prove vital to scientists.