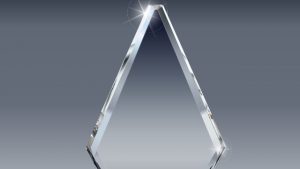 The Semiconductor Industry Association (SIA), in consultation with the Semiconductor Research Corporation (SRC), has announced the winners of its 2017 University Research Award: Dr. Gabor C. Temes, professor of electrical and computer engineering at Oregon State University (OSU), and Dr. Sanjay Banerjee, professor of electrical and computer engineering and director of the Microelectronics Research Center at The University of Texas at Austin (UT Austin). Drs. Temes and Banerjee will receive the awards in conjunction with the SIA Annual Award Dinner on Nov. 14, 2017 in San Jose, Calif.

“Research is at the root of all innovation, breathing life into new technologies that have strengthened our industry, spurred economic growth, and improved people’s lives,” said John Neuffer, president and CEO of SIA, which represents U.S. leadership in semiconductor manufacturing, design, and research. “Throughout their careers, Professors Temes and Banerjee have epitomized excellence in scientific research, leading efforts to advance semiconductor technology and strengthen America’s technological leadership. We are pleased to recognize Dr. Temes and Dr. Banerjee for their groundbreaking achievements.”

“The University Research Award was established to recognize lifetime achievements in semiconductor research by university faculty,” said Ken Hansen, president & CEO of SRC. “Drs. Temes and Banerjee have repeatedly advanced the state-of-the-art semiconductor design and technology in their respective fields. These esteemed professors’ influence on their students has produced new leaders and contributors in the semiconductor industry. The research output from the cooperative universities plays an integral role in next-generation innovations. It is with great appreciation and admiration that the entire SRC team congratulates Dr. Temes and Dr. Banerjee.”

Dr. Temes will receive the honor for excellence in design research. In particular, he will be recognized for contributions in interface electronics, including analog-to-digital and digital-to-analog converters, switched-capacitor filters and amplifiers, and sensor interfaces.

Dr. Banerjee will receive the award for excellence in technology research. Specifically, he will be honored for contributions in MOS and nanostructure device modeling, Si-Ge-C heterostructure devices, and ultra-shallow junction technology.