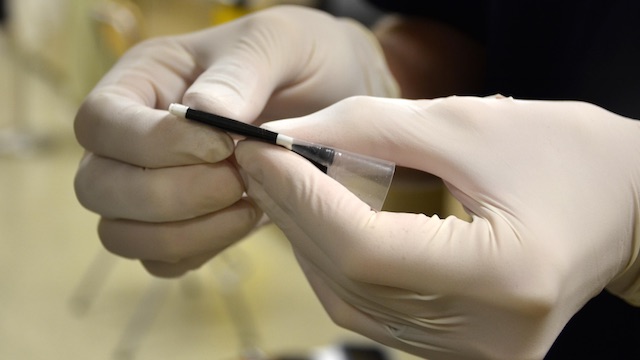 Scientists from North Carolina State University have invented a new technique for printing flexible, stretchable circuits. This technique relies on silver nanowires to create the flexible substrates. Researchers believe that this new technology will allow them to integrate the material with a whole host of electronic devices.

Scientists have been interested in silver nanowires for quite some time, given their wide range of applications. Their stretchability, flexibility, and conductive properties all make it a popular material. Although proof-of-concept experiments have provided researchers with promising results, there have been some serious roadblocks in the quest to create highly integrated circuits with silver nanowire.

Traditionally, printed circuits can be made using silver nanoparticles. However, they’re not exactly flexible; on the contrary, the often prove to be brittle and significantly less conductive than standard silver nanowires. Unfortunately, standard printing methods simply don’t work under these circumstances. The silver nanowires often lead to clogged printing nozzles.

“Our approach uses electrohydrodynamic printing, which relies on electrostatic force to eject the ink from the nozzle and draw it to the appropriate site on the substrate. This approach allows us to use a very wide nozzle – which prevents clogging – while retaining very fine printing resolution.”

Jingyan Dong, co-corresponding author of a paper on the work and an associate professor in NC State’s Edward P. Fitts Department of Industrial & Systems Engineering

The ink being used is another important factor in the design. It’s made of a solvent that contains silver nanowires. These nanowires run on average over 20 micrometers. This mean that the circuits produced have enhanced flexibility, stretchability, and conductivity. Perhaps most impressively, the solvent used for this process is nontoxic and water soluble. Once scientists are done printing a circuit, the solvent can be easily washed off.

As if that isn’t enough, there’s virtually no limit to the size of the printing area. The technique could be scaled up with ease to fit the needs of any sort of scientific process. So far researchers have successfully created several new prototypes using this technique. These include a glove with an internal heater, and wearable electrodes that can be used in electrocardiography.

Researchers behind this project have filed a provisional patent for the technique. They are next going to work on potential opportunities for commercializing and streamlining this exciting new discovery.