Powering Tech Devices With The Help Of Spintronics 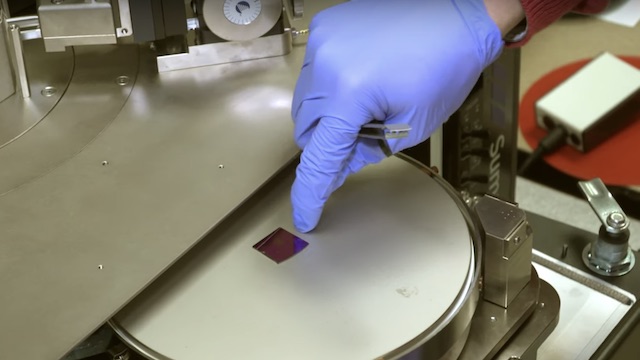 Scientists from the University of Texas at San Antonio have created a new type of graphene-based logic device. Experts believe this new technology could help to dramatically improve the energy efficiency of devices that rely on batteries in order to function, including computers and smartphones.

In order to achieve this goal, scientists are employing the study of electrons and their quantum mechanical property called spin. This field is known as spintronics, and is essential in creating low-power operations that can also work as part of quantum computing.

Normally, devices are powered by electrons and the electronic charge they carry. However, things are a little different when it comes to spintronics; in this case, scientists use the spinning of the electrons themselves as a way to generate power. That means devices need fewer electrons to operate at peak performance.

In order for their technology to work effectively, scientists had to find a way to effectively capture spin and harness it for their purposes — and that meant finding a way to prevent spin loss.

“If you have 100 electrons injected to the channel to power the next logic circuit, you may only get to use one or two spins because the injection efficiency is very low. This is 98 percent spin lost.”

The solution to spin loss involved a concept known as ‘zero power carbon interconnect.’ Scientists took nanomaterials and used them as the tunnel barrier and the spin transport channel. Nanomaterials are made up of a 2D layer of carbon atoms that is just a mere few nanometers in width; more importantly, the nanomaterials mark the point of contact where spin injection enters a specific device.

The new design has been built with a reduce graphene oxide layer. This allows scientists to enhance spin injection, and fine tune the conductivity of the electrons as needed.

Once the device is fully developed and tested, it will be sent off to the U.S. Air Force Office of Scientific Research. The Air Force has been supporting the work behind this project with a three-year grant. Experts believe this technology will be instrumental in creating smaller devices for the military, which can operate in the field without needing a battery recharge.

Scientists also see this technology as being useful in the cloud computing industry, where it can help to dramatically reduce the amount of energy needed to host streaming services.