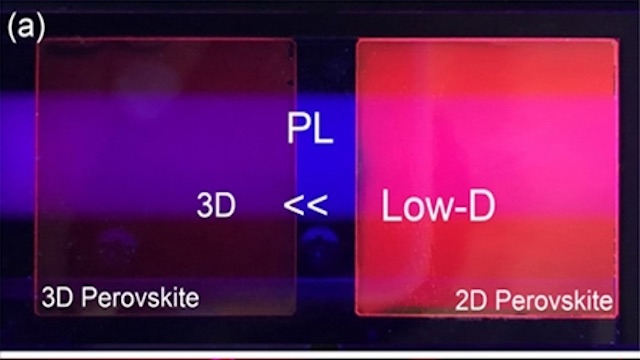 Using the quantum confinement effect, scientists from the Tokyo Institute of Technology have designed a new way to create perovskite-based light-emitting diodes (LEDs). These new lights are not only incredibly efficient; they also produce record-setting levels of brightness that scientists believe could have a far-reaching range of different applications.

Electroluminescent devices require multiple layers to function. By far the most vital layer is the emission layer (EML). This is the layer responsible for the emission of light following the application of an electric current. Scientists have long considered the possibility of incorporating metal halide perovskites into the EML during the fabrication process — but they have a distinctly less impressive performance than organic LEDs.

One possible solution offered by scientists was the fabrication of these perovskite-based LEDs. To do this, they would employ low-dimensional perovskites in order to end up with a more powerful light-emission from the device. Scientists wondered if the quantum-confinement effect of excitons could be used to deal with this issue. Excitons are electron-hole pairs that can efficiently emit a photon. Excitons seemed a potential answer to this vexing issue. However, this solution also had its drawbacks. In low-dimensional perovskites, the conducting properties are extremely poor. This adds up to a low power efficiency, which can prove a serious problem for those hoping to create bright lights.

All that changed when scientists learned that perovskite-based LEDs could be made efficient – provided the perovskites used were in fact three-dimensional. Unlike low-dimensional perovskites, these 3D versions have electrons and holes that are extremely mobile. Scientists discovered that the same quantum confinement effect that takes place in low-dimensional materials could be replicated in 3D materials — provided there were new electron transport layers near the perovskite.

The EML is placed between a hole transport layer and an electron transport layer. These help to ensure that the device has reliable conducting properties, and can help improve the emission efficiency of the EML. Scientists then tuned the two layers, altering the characteristics of the perovskite-based LEDs sandwiched between them. This means that the excitons stay stuck in the emission layer — providing the energy, light, and efficiency scientists have been looking for.