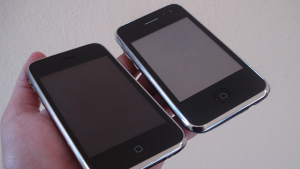 A Japanese research facility was awarded a U.S. patent for a new method for detecting counterfeit goods by testing and analyzing circuits. The patent points out that before the 1990s, circuits were only built by a few specialized manufacturers with advanced technology, but now that the technology is more widespread, reverse engineering and counterfeit goods are too common. Therefore, Japan’s National Institute of Advanced Industrial Science and Technology (NIAIST) has patented a method for using waveform data to detect a circuit’s authenticity.

The first step involves measuring the waveform of power consumption or an electromagnetic wave from the circuit in the authentic item. This waveform data is stored so that it can later be compared against the data for a second product that is suspected to be a fake. If the data matches, the second item’s circuit is deemed authentic, but if it differs than the item considered counterfeit. The details are described in the patent, which is titled, “Electronic circuit component authenticity determination method.”