Optical Switches With the ‘Contrast’ of Electronic Transistors 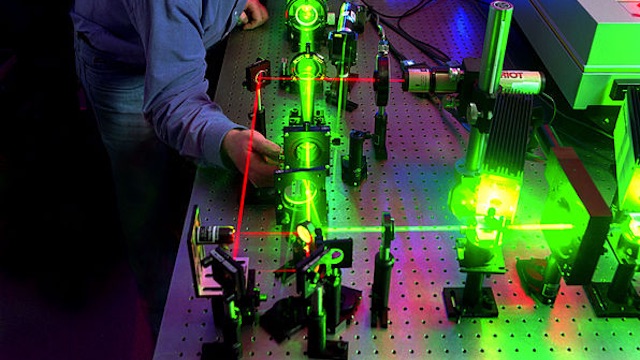 Researchers at the University of Pennsylvania’s School of Engineering and Applied Science believe they have discovered a way to make our computers even more powerful. Using light as the medium by which computers operate (called photonic computing) could help deal with the increased need for power in our technology, and ensure that advanced devices run smoothly and without issue.

While standard computers tend to rely on the binary code (and electricity) to work effectively, scientists believe there is a better way. Researchers have been looking for the perfect combination and configuration of materials. The right selection would allow scientists to amplify and mix light waves in a manner that is comparable to that of electronic computer components.

And it looks like this theory could very soon become reality, in a new paper published in Nature Communications, a team of scientists have worked out a number of vital factors. They’ve successfully managed to control the mixing of optical signals through tailored electric fields. They’ve also obtained outputs that boast near-perfect contrast, as well as huge on/off ratios. All this adds up creating a fully functional optical transistor.

Ritesh Agarwal, professor in the Department of Materials Science and Engineering in the University of Pennsylvania’s School of Engineering and Applied Science

This has not been an easy journey. There are extremely specific requirements for materials that can work in optical transistors. Nonlinear materials are in fact the only ones that can handle optical signal mixing. To deal with this issue, scientists had to find a system with no background signal. They settled on a nanoscale ‘belt’ made of cadmium sulfide. An electrical field was applied across the nanobelt, allowing the scientists to introduce optical nonlinearities to the system. These nonlinearities allowed a signal mixing output that would in other circumstances been zero.

With this major factor taken care of, scientists can now focus on other aspects of photonic computing. This will involve integrating the new components with optical detectors, modulators, and interconnects. Then scientists will have the capabilities to demonstrate actual computation. But we aren’t there yet; and only time will tell if photonic computing is really the future of technology.