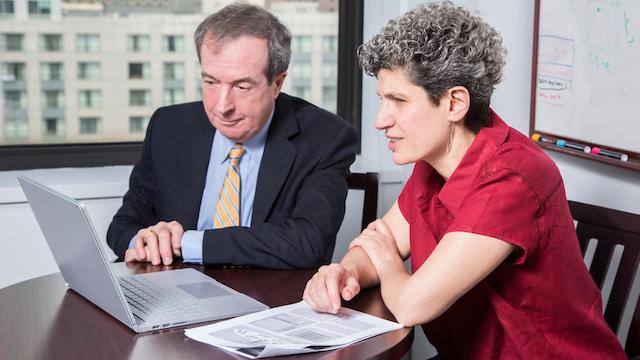 Two faculty members from New York University (NYU) have received multi-year 2019 best paper awards from the Institute of Electrical and Electronics Engineers Communications Society (IEEE ComSoc). These awards honor the work of these two researchers, who have made significant contributions to the world of wireless communications.

Thomas L. Marzetta is perhaps best known for creating Massive MIMO antenna technology. He was honored with the 2019 Fred W. Ellersick Prize. This highly prestigious award is given to one superior paper that has been released in a publication from IEEE ComSoc over a period of three years.

Elza Erkip is the second NYU professor to win one of these impressive awards. Erkip made waves as a founding member of NYU Wireless, an interdisciplinary research center devoted to creating future-generation wireless technologies and protocols for 5G and 6G networks. The center also focuses heavily on terahertz and millimeter-wave communications. Erkip received the 2019 Best Tutorial Paper Award. This is given to a tutorial that stands above the rest and has been published within the previous five years by IEEE ComSoc.

“Professors Marzetta and Erkip are celebrated researchers and educators, and these awards are further proof of the power of their work to inspire and challenge both their peers and students alike. Wireless communications are shaping the future like few other technologies, and we are proud to see our faculty honored for their contributions at the forefront of the field.”

Both professors work together at NYU Wireless, where Marzetta serves as associate director. Additionally, the two work at NYU Tandon’s Department of Electrical and Computer Engineering. Erkip serves as an institute professor, while Marzetta is an industry professor.

The two share a similar viewpoint when it comes to wireless communications as well. They are interested in what is possible in the field, as opposed to simply practical applications and research of the technology. Erkip focuses on information theory, applied probability, and communication theory as methods to better understand social and wireless networks, and has done considerable work regarding their theoretical foundations. Marzetta, meanwhile, focuses more on a way to unify electromagnetic and communications theory to achieve breakthroughs in the physical layer of wireless networks.

They may focus on different aspects of wireless technology, but at the end of the day, their interests remain the same: better understanding the potential found within wireless communications.