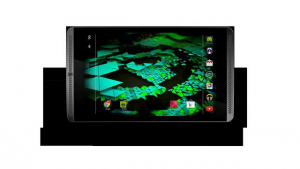 NVIDIA has announced a recall of SHIELD tablet computers because the lithium-ion battery can overheat and pose a fire hazard. There have been four reports of batteries overheating due to thermal runaway, including two reports of damage to flooring.

The recall only applies to tablets with a certain battery type, which can be verified by following NVIDIA’s instructions. After confirming the battery type, consumers immediately stop using the recalled tablets and contact NVIDIA to receive a free replacement.