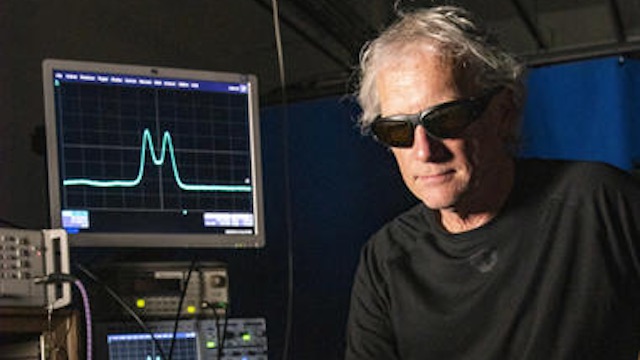 A team of researchers from the National Institute of Standards and Technology (NIST) has successfully created and demonstrated a new type of sensor that relies on atoms to receive communication signals. Researchers believe that their new atom-based receiver could potentially offer a significant advantage over those currently on the market by providing a smaller device that works better in noisy environments.

The team used cesium atoms (1s and 0s) to receive digital bits in the most commonly used communication format, which is best known as phase shifting or phase modulation, and is used by satellite televisions and Wi-Fi, to name just a few. With this particular format, electromagnetic waves such as radio signals are shifted relative to one another over a specific period of time. The data is then encoded in this particular modulation.

“The point is to demonstrate one can use atoms to receive modulated signals. The method works across a huge range of frequencies. The data rates are not yet the fastest out there, but there are other benefits here, like it may work better than conventional systems in noisy environments.”

In their experiments, researchers chose the transmission frequency of 19.6 gigahertz for the sake of convenience; however, they believe it has the capabilities necessary to be used in wireless communication systems as well.

These real-world phase-shifting methods have been used by NIST researchers in the past, often for measurement and imaging applications. Scientists would take two different colored lasers, and use them to move the atoms into high-energy states. These atoms, which were kept in a vapor cell, had very specific novel properties, including a particular sensitivity to electromagnetic fields. The color of the light absorbed by the atoms is directly impacted by the frequency of an electric field signal.

The NIST research team then used a recently developed atom-based mixer to input different signals at new frequencies. One RF (radio frequency) signal was then used as a reference, while the other operated as a modulated signal carrier. Thanks to the use of the atoms, researchers were then able to identify and measure the differences between the frequencies. Although it varies based on the encoding scheme being used, overall the new atom-based system proved capable of receiving up to about 5 megabits of data per second, putting it on par with older 3G cell phones.

With further development, the team hopes to improve upon their device by reducing laser noise as well as streamlining the overall design to make it smaller and more portable.