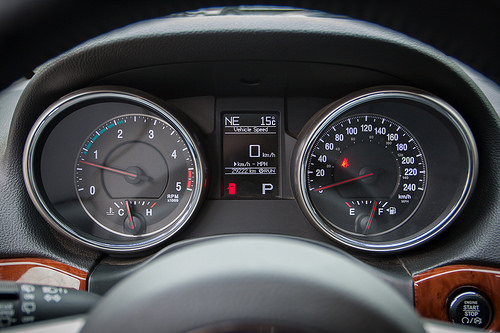 Federal safety regulators took a step toward initiating a recall for SUVs that have electronic gear shifters that can confuse drivers. The National Highway Traffic Safety (NHTSA) announced on February 8, 2016, that it is expanding an investigation of the potential defect, upgrading it to an engineering analysis, which is an official stage before a recall. The investigation involves 856,000 Fiat Chrysler vehicles: the 2014-15 Jeep Grand Cherokee SUV, 2012-14 Dodge Charger and Chrysler 300.

Drivers may exit the vehicle when the engine is running and the transmission is not in Park, resulting in unattended vehicle rollaway. Rollaway incidents may result in serious injuries to the driver or passengers as they exit the vehicle or to other pedestrians in the path of the rolling vehicle.

NHTSA cited hundreds of complaints about the vehicles, which are equipped with electronic gearshift assemblies supplied by ZF Group. The agency said that these electronic shifters are unintuitive, and they make it too easy for drivers to select the wrong gear.

NHTSA says it has reports of 314 complaints about the vehicles rolling away after drivers had intended to shift into park, including 121 crashes that resulted in property damage and 30 injuries, such as several fractured bones and other trauma that required hospitalization. One complaint said that in September 2015, a new Jeep Grand Cherokee rolled forward and struck headstones in a Maryland cemetery causing $1,500 in damage.