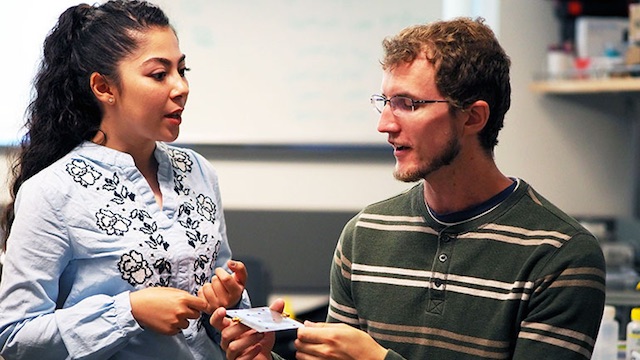 Researchers from the University of British Columbia Okanagan’s School of Engineering have created a new type of sensor that can track ice accumulation in real-time. This technology could be used in a variety of applications, most significantly in helping keep airplanes safe when flying through less than ideal weather conditions.

Creating this sensor required combining two separate and very different research teams. One team works on creating microelectronics systems and microwave sensors, while the other has spent time researching extreme liquid repellency as well as a variety of ice-repellent materials.

The new sensor is capable of determining the exact moment ice begins to form on a specific surface. To achieve this, researchers opted to use microwave resonators. This technology has numerous advantages, from high sensitivity and low power to planar profile and ease of fabrication. Scientists hope that their research will make it distinctly easier not only to detect when ice is forming on an aircraft but could lead to better ways in which to manage this issue.

Planar microwave resonator sensors are constructed from traces of metal that have been deposited onto plastic. Besides being able to determine when ice has started to form on a surface, they can also provide data on the exact moment the ice begins to melt as the temperature changes.

“The sensors give a complete picture of the icing conditions on any surface, like an airplane wing. They can detect when water hits the wing, track the phase transition from water to ice, and then measure the thickness of the ice as it grows, all without altering the aerodynamic profile of the wing.”

Testing showed that the resonator was able to detect the formation of frost mere seconds after the temperature dropped below freezing. The frost didn’t become visible to the naked eye until roughly two minutes had passed — a significant amount of time, particularly when the safety of pilots and passengers is concerned.

While scientists are confident that airlines will soon adopt their technology for aircraft, more testing is still be performed. They hope to make the sensors wireless and contactless, allowing even those on the ground to observe and track the safety of planes soaring through the air.