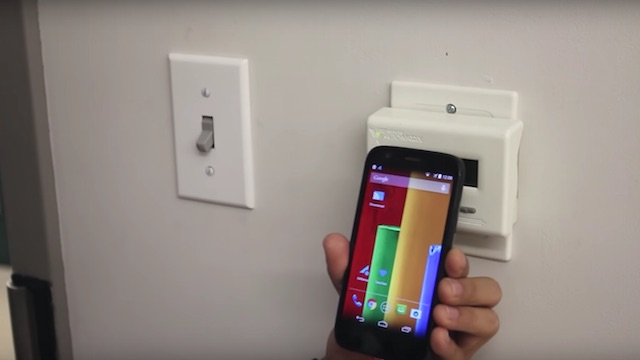 Our technology is increasingly connected, as the Internet of Things (IoT) becomes a bigger and bigger part of our lives. But nowhere is that more obvious in the need for and evolution of near field communication (NFC). NFC is the technology that allows devices to sense each other and interact accordingly. Unfortunately, technology has been lagging behind our needs; many NFC devices are cumbersome, clunky, and downright buggy. Luckily, a team of scientists is working towards solving these problems and bringing about the next iteration of NFC.

This is obviously a must faster and more effective way for people to interact with their smart homes and the IoT; instead of having to scroll through endless apps or wait for devices to connect via wi-fi. And this isn’t the stuff of science fiction; a prototype phone already exists, made from a modified Moto G from all the way back in 2013. If the scientists can power up an old phone and make it connect with appliances and devices, imagine what they could do with a more advanced piece of technology.

As shown in the accompanying video, the phone recognizes and ‘speaks’ to a number of different devices. The next step in this technology will be streamlining it and making it viable for mass production. The current form has an exterior piece needed to pick up the electromagnetic emissions, but scientists believe that they can make the entire device an internal component of the phone. Additionally, the scientists want to cut down on background noise that could make it harder for devices to communicate.

Despite these complications, this is an enormous step forward when it comes to the use of NFC. Soon, a single tap from your phone could allow you to power any device from the IoT.