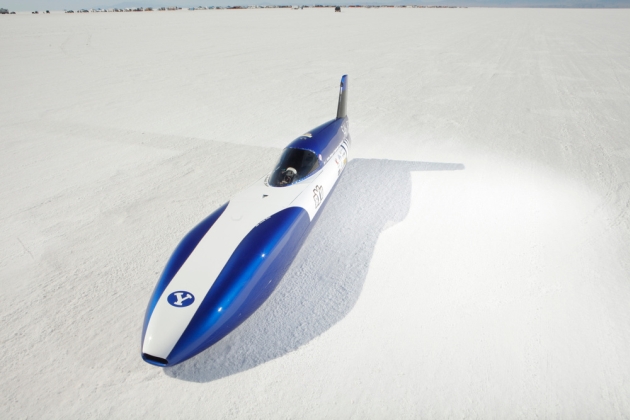 “Electric Blue,” an electric car build by Brigham Young University students, set a new land speed record for E1 streamline vehicles. The new record of 204.9 mph was an average between two runs at the Bonneville Salt Flats earlier this month.  This new record tops its previous record of 155.8 mph, set in 2011.

The car is long and slender, has enclosed wheels to reduce air resistance, and weighs less than 1,100 pounds. The car is powered by lithium iron phosphate batteries and has been modified by student engineers over ten years. “Electric Blue” was retired after the record-setting run.