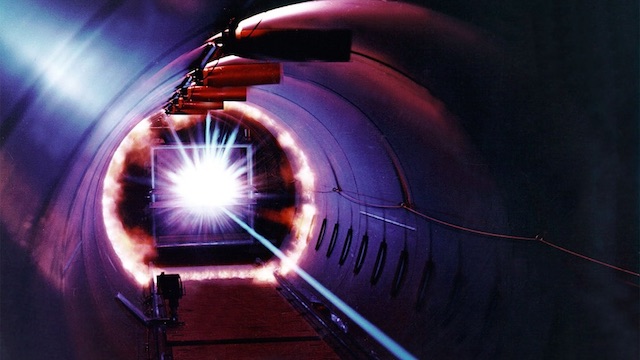 In life, things aren’t always what they seem. That can go double for science; preconceived notions and long-held beliefs can go up in flames in a second, leaving experts to deal with the fallout and what it means for the field as a whole. When such an event occurs, it can change the way we think about scientific conventions and lead us in the direction of new technology and groundbreaking technologies.

In a newly published study, scientists from the University of Strathclyde have asserted that the direct correspondence between the bandwidths of current source and emitted radiation are not as they seem. Previous knowledge attested that in order for us to use electromagnetic radiation as a scientific tool required coherency, narrow bandwidth (also known as monochromacity), and high emission powers.

In fact, there is more to electromagnetic radiation and light sources than we previously imagined. The bandwidths can be broken by extracting narrowband radiation with high efficiency. By not making the oscillation of the current narrowband, scientists were able to unearth something that was previously dismissed as impossible — new media that can create electromagnetic radiation.

This study has proven that narrowband light source can be produced by media where scientists originally believed electromagnetic radiation was simply not realistic. But this discovery has turned that thinking around, and provided a powerful new tool for scientists. With this technology at their disposal, scientists will be able to explore and fully study the behavior of a vast array of materials under a variety of circumstances. This includes biological molecules, meaning that medical testing and devices that can save lives are not beyond the scope of this important discovery.

While upending previously held beliefs about science is all well and good, the experts behind this study aren’t resting on their laurels. Instead, they’re using this discovery as a jumping-off point to see how much more of what we already know about electromagnetic radiation and bandwidths might prove to be false. The downside to all this? The new process of making electromagnetic radiation is costly and extremely time-consuming; engineers are in fact working to streamline and simplify the process for a more universal application. Then again, no one ever said that breaking scientific convention would be easy —  or inexpensive.