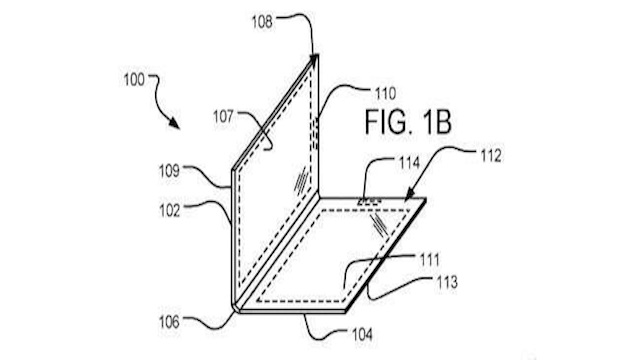 A Microsoft patent filing that’s been made public has people intrigued about what could be the company’s next big project. According to Techxplore, rumors are swirling that Microsoft plans to unveil a folding computing device for the consumer market. While all the major technology companies have been investing in devices that are capable of folding, these recently released patents indicate that Microsoft hopes to be at the forefront of this new venture.

The patent in question was filed in February of 2018, but only made public quite recently. Titled ‘Multi-Sided Electromagnetic Coil Access Assembly,’ experts believe that this patent strongly suggests folding devices are of particular interest for Microsoft, especially because of the focus on a multi-sided electromagnetic coil, which could prove effective in wireless charging.

According to reports, the proposed technology would help to address some of the major problems facing folding devices. The multi-sided magnetic access to the electromagnetic coil would prove effective for charging devices, particularly when paired with a conductive computer midframe.

But that’s not all Microsoft might have planned, if industry experts are right. The new patent relies on non-shielding through-channels, which let a magnetic field have unparalleled access to an electromagnetic coil. This design would allow access to the electromagnetic coil by the magnetic field from either side of the reverse-closed or closed computing device created by Microsoft.

The patent also makes a point of mentioning ‘inductive charging‘ circuitry. Inductive charging is often used as a term that can refer to wireless or cordless charging technology. The discussion in the patent of near field communication circuitry, which is connected to the coil, has led some experts to believe that Microsoft intends to use an electromagnetic field to transfer energy in its new wireless charging technology.

All this adds up to the belief that Microsoft is hoping to find a way to wirelessly charge a device that has folding capabilities. The design proposed in the patent would be able to provide energy to a device with multiple physical configurations. Since Microsoft has shown a waning interest in the smartphone industry, most technology experts believe the company has instead set its sights on creating a dual-display device. Microsoft has neither confirmed nor denied these rumors, so the future plans of the company remain to be seen.