New Method Could Double the Capabilities of Fiber Optics 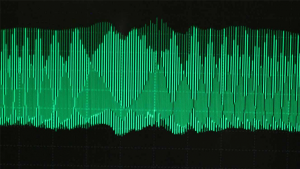 Electrical engineers at the University of California, San Diego have found a way to double the capacity of the fiber optic cables that support the internet, cable, wireless, and landline networks. Their discovery could enable networks to carry more data over longer distances for less money. In a recent lab experiment, the engineers set a transmission record, sending a fiber-optic message more than 7,400 miles without having to regenerate the signal.

As consumers have demanded more data transfer in recent years, engineers have boosted the power of signals in order to send more information through fiber optic cables in long glass tubes. However, this strategy is limited because if too much power is pushed through, it will create interference called “crosstalk” that degrades the signal. The solution has been to use repeaters to boost the signal at regular intervals in order to send data far enough with minimal distortion. This process is expensive and limits the amount of data that can be sent through each cable.

“Today’s fiber optic systems are a little like quicksand,” said lead researcher Nikola Alic. “With quicksand, the more you struggle, the faster you sink. With fiber optics, after a certain point, the more power you add to the signal, the more distortion you get, in effect preventing a longer reach. Our approach removes this power limit, which in turn extends how far signals can travel in optical fiber without needing a repeater.” Last year, the group published a paper in the IEEE’s Journal of Lightwave Technology that proposed the new process and showed how it was theoretically possible. Now, on June 26, 2015, they published a paper in the journal Science that describes a recent lab experiment that proved their theory.

The researchers used a device called a frequency comb to “predistort” the data. The device and is used in astronomy, medical research, and in building atomic clocks, to generate laser light at many specific wavelengths. In the case of fiber optic cables, the frequency comb is used to synchronize frequency variations in advance, which compensates for the inevitable signal distortions that occur when data is sent over long distances. In this way, the crosstalk is predictable and reversible. With this new method, the researchers proved that data can travel along much longer distances without signal loss. Not only is it more effective, but the new method would also make fiber optic networks cheaper by eliminating many expensive repeaters.