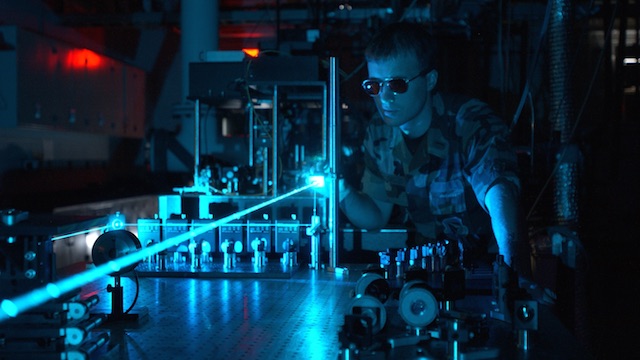 While mechanically-controlled beam-steering techniques are very useful, they’re not always reliable. For years people have relied on the limited capabilities and complicated systems that allowed them to harness the powers of electromagnetic waves for a variety of uses. But a new metamaterial is about to change all of this.

An electrical engineering team from UCLA has devised a new material for controlling and manipulating electromagnetic waves. The metamaterial contains properties not normally found in nature, and allows for a dramatic change in the way beam-steering technology has previously operated. Traditionally, the technology used to navigate and manipulate terahertz and far-infrared frequencies has relied on tiny and extremely complicated mechanical devices.

“Current systems require a mechanical scanning technique to steer or guide the focus area of the terahertz beam, much like a how an office copy machine uses a moving arm underneath the glass to capture an image.”

Thanks to the new metamaterial, this could soon be a thing of the past. The design is deceptively simple: there are no mechanical elements, reflectarrays, or external light sources needed. Instead, the engineers opted to leave the metamaterial stationary. The focus point is controlled electronically, allowing for pinpoint precision with fewer moving parts.

The metamaterial itself is constructed from vanadium-dioxide; its unusual capabilities (such as being able to transition from insulator to metal depending on temperature changes) makes it ideal for this beam-steering technology. The vanadium-dioxide is coated over silicon, and then scored with cross-shaped punctures. The result? A simple and streamlined piece of technology with greater precision than its predecessors — and far fewer complications.

Already scientists are discussing the potential uses of this new technology. With the increased power and focus of the beam-steering devices, engineers and scientists could soon be utilizing it to improve high-speed communication, scan products for irregularities on production lines, or even serve as an early detection system for cancerous tumors. Whatever it is used for, this beam-steering technology is faster, simpler, more efficient, and definitely more cost-effective.

You can read the full paper on their findings here.