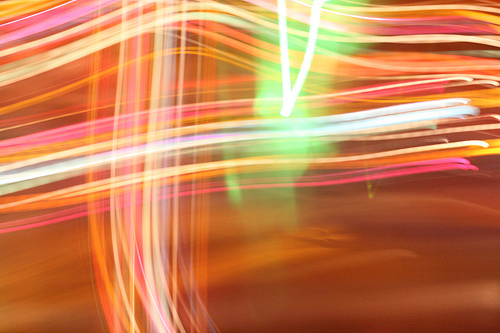 Researchers have created a light-based memory chip that could replace SSDs (solid state drives), providing ultra-fast storage for computers. While electronic circuits are slowed down by the heat and resistance generated by colliding electrons, light-based computing is much faster because light doesn’t have these limitations. Similar optical-only chips have already been created by IBM, but IBM’s chip was volatile, meaning it needed a power source to charge and operate it. This made it impractical for permanent storage. (We want our computers to store data forever, with or without power.) The new chip is the first non-volatile photonic chip, which means it could actually be used for storage because it does not need to be powered.

“This is a completely new kind of functionality using proven existing materials,” explained Oxford engineer Harish Bhaskaran. “These optical bits can be written with frequencies of up to one gigahertz and could provide huge bandwidths. This is the kind of ultra-fast data storage that modern computing needs.”

The team is now developing a new kind of electro-optical interconnect, which will allow memory chips to directly interface with other components using light, rather than electrical signals. The non-volatile optical chip is described in the journal Nature Photonics.