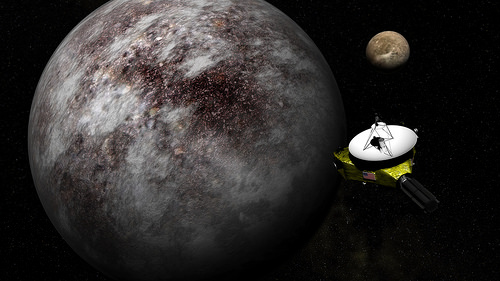 NASA’s unmanned spacecraft New Horizons is less than two weeks away from a historic flyby of Pluto and its moons. It is the longest, farthest, and fastest space mission ever. After nine years, three billion miles, and $650 million, New Horizons is expected to reach Pluto on July 14. It is now just a few million miles from the Pluto system, which is very close for a spacecraft that is traveling at 30,000 miles per hour.

The 1,000-pound spacecraft is powered by a single radioisotope thermoelectric generator (RTG) and has a nearly 7–foot-wide antenna dish for radio communications with Earth. Early photos have already excited scientists who are eager to learn more about the “dwarf planet,” which could possibly contain evidence of life.