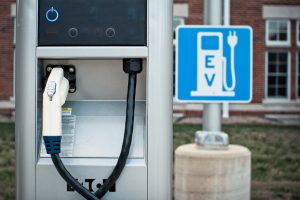 The European Union adopted new guidelines for its members when designing and building alternative fuel locations. The “Directive for the Deployment of the Alternative Fuels Infrastructure” will require members to arrange infrastructure for alternative fuel sources and a common plug for recharging electric vehicles.

The directive will set a regulatory framework for electricity, liquefied natural gas, compressed natural gas, and hydrogen. Siim Kallas, Commissioner for Transport, said: “Alternative fuels are key to improving the security of energy supply, reducing the impact of transport on the environment and boosting EU competitiveness.” Each member state will have two years to develop an alternative fuel deployment strategy, and the infrastructures will be implemented between 2020 and 2030.

Read more about the new directive for alternative fueling stations.