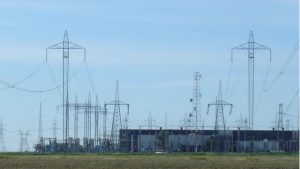 The International Elecrotechnical Commission (IEC) has released a new edition of IEC TR 60919-3:2009+AMD1:2016. This Technical Report covers “Performance of high-voltage direct current (HVDC) systems with line-commutated converters – Part 3: Dynamic conditions.” The second edition and a consolidated version are both available now from the IEC webstore.

IEC TR 60919-3:2009+A1:2016 provides general guidance on the dynamic performance of high-voltage direct current (HVDC) systems. Dynamic performance is meant to include those events and phenomena whose characteristic frequencies or time domain cover the range between transient conditions and steady state. Diode valves are not considered in this specification. This report (IEC 60919-3) which covers dynamic performance, is accompanied by publications for steady-state (IEC 60919-1) and transient (IEC 60919-2) performance. All three aspects should be considered when preparing two-terminal HVDC system specifications. This report should not be used directly as a specification for a specific project, but rather to provide the basis for an appropriate specification tailored to fit actual system requirements for a particular electric power transmission scheme. This report does not intend to discriminate between the responsibility of users and manufacturers for the work specified. This second edition cancels and replaces the first edition, which was issued as a technical specification in 1999. It constitutes a technical revision. This edition includes the following significant technical changes with respect to the previous edition:

a) this report concerns only line-commutated converters;
b) significant changes have been made to the control system technology;
c) some environmental constraints, for example audible noise limits, have been added;
d) the capacitor coupled converters (CCC) and controlled series capacitor converters (CSCC) have been included.