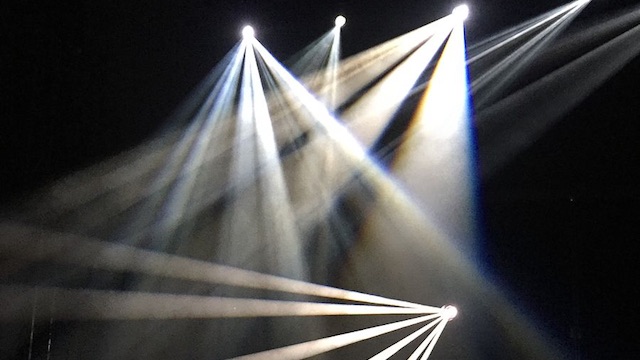 Researchers from the National Institute of Standards and Technologies (NIST) have created a new type of converter capable of expanding light beams by 400 times. This could prove a huge benefit to many applications that would like to take advantage of the properties light has to offer, but have been hampered by narrow beams that led to slow speed times and reduced capabilities.

The converter adjusts the size of the light beam thanks to a two-part system. First, the light is sent along an optical waveguide, which is a thin, transparent channel. The optical waveguide’s properties keep the diameter of the beam limited to a few hundred nanometers. That adds up to less than one-thousandth of the diameter of a single human hair. Since the channel is so incredibly narrow, a portion of the light ends up extending outside the parameters of the waveguide.

Scientists then put a rectangle made of the same material as the waveguide a very specific distance away from the edge of the device. Once assembled, light can easily jump over the tiny gap. Over time, it gradually leaks into the slab of material.

While the slab keeps the width of the light vertically, it has no control over the lateral dimension of the beam. This means that as the gap between the two devices alters, the slab ends up creating a mean of light 400 times wider than the original beam.

The next task involves enlarging the light’s vertical dimensions. The expanded beam of light runs into a diffraction grating. A diffraction grating is a device with periodic rulings or lines that scatter light in very specific directions. Scientists altered these rulings to ensure the light waves all combine into one wide beam. This beam ends up hitting the chip’s surface at practically a right angle.

Throughout this process the light remains collimated. This means that the beam is precisely parallel, so it does not spread out and hits its intended target. This makes the area of the beam large enough to travel longer distances, allowing it to be utilized in countless different applications.

Scientists believe this technology could significantly help to advance the use of photonic chips in numerous different fields, including timekeeping and communications. The team is continuing their work on this project, and have already provided compelling proof-of-concept for their work.