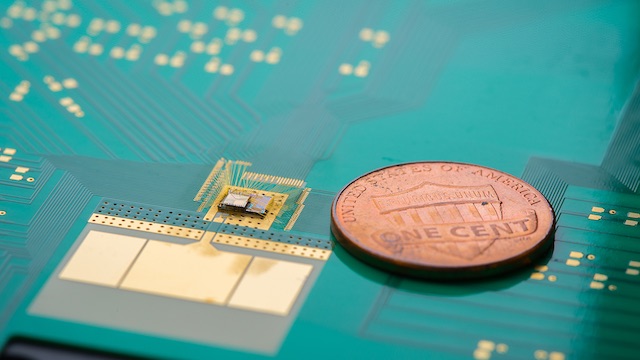 A new type of chip could help save power and reduce the need to replace batteries throughout the Internet of Things (IoT). Designed by engineers from the University of California San Diego, the chip has been developed so that it only wakes up a device when it is needed to perform a specific function — the rest of the time, the device remains dormant. This type of power conservation, called a wake-up receiver, could prove a significant advantage for wearables and other small wireless devices.

The chip is ideal for devices that do not need to be constantly transmitting data at all times. Luckily, this lends itself to the IoT wonderfully; many of the devices used only need to respond to users when prompted or on timed increments. The rest of the time, they’re running unused in the background — and wasting power as they go.

“The problem now is that these devices do not know exactly when to synchronize with the network, so they periodically wake up to do this even when there’s nothing to communicate. This ends up costing a lot of power. By adding a wake-up receiver, we could improve the battery life of small IoT devices from months to years.”

The ultra-low power chip behind the wake-up receiver is designed to be sensitive to a particular radio station. The station, which is known as a wake-up signature, indicates to the chip that it is time to activate the primary device. The chip requires a mere 22.3 nanowatts to accomplish this task, making for an extremely small drain on the power supply – especially when compared to current devices on the market. The chip is capable of running on roughly half a millionth of the necessary power required to power a single LED nightlight.

The chip also targets high-frequency radio signals in addition to the wake-up receivers. Around a frequency of nine gigahertz, these signals allowed engineers to design and develop smaller components for their device. The result is a package that is small, streamlined, and only uses power when you want it. Additionally, the wake-up receiver is capable of operating smoothly even under extreme conditions. The receiver can work well even in temperatures ranging from 14 degrees Fahrenheit to 104 degrees Fahrenheit; other low-power wake-up receivers can be negatively impacted by even a minor temperature change.

Researchers will continue to develop and enhance the wake-up receiver as they continue to explore how their device could improve the energy use and effectiveness of the ever-growing IoT.