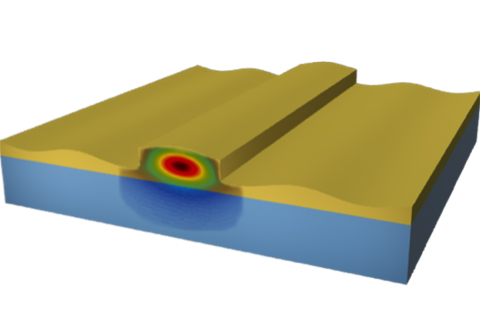 University of Minnesota engineers have developed a chip that can generate both sound and light waves and confine them together to efficiently control light with the sound waves. The silicon based chip is coated with an aluminum nitride layer that conducts an electrical charge. When an alternating electrical signal is applied to the chip, the material bends and generates sounds waves that grow on the surface.

The team integrated optical circuits into the material layer to create an extremely strong interaction between the light and sound waves. The development of this new chip could lead to improvements in optical fiber based wireless communications systems.