New Chemical Sensor The Size of a Shoebox 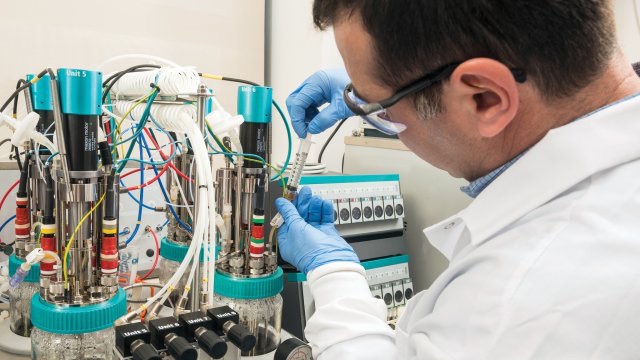 Scientists at the University of Michigan in Ann Arbor are developing a new chemical sensor prototype. The prototype will be capable of detecting minuscule quantities of substances from over 100 feet away. Researchers are currently working to reduce the size of the prototype to the size of a shoebox. The chemical sensor could have numerous vital applications, including picking up traces of drugs and explosives.

The chemical sensor works thanks to a new optical-fiber-based laser. The laser uses a high-powered beam, which covers a wide range of infrared frequencies, including mid-wave and long-wave infrared.

“Most chemicals have fingerprint signatures between about 2 and 11 microns. Hence, this wavelength range is called the ‘spectral fingerprint region.’ So our device enables identification of solid, liquid and gas targets based on their chemical signature.”

The device was built primarily using off-the-shelf components. Although there was one custom-made optical fiber, the majority of the pieces were ready-made fiber optics and telecommunications components. This was an important aspect of the project; the team wanted to ensure that the laser would be easy to replicate and manufacture without being prohibitively expensive.

Traditionally, broadband lasers are built up from a laser. The laser creates short pulses of light. From there, a series of amplifiers boosts the power of the laser. Unfortunately, this approach is limited to laboratories — and is extremely costly. Scientists have also struggled to reduce the size of these devices so they could be handheld; a goal that has yet to be achieved.

The new laser seeks to change all this. Using ready-made components, their prototype successfully identified chemicals using the unique pattern of infrared wavelengths they absorb. The laser is shone onto an object; scientists then analyze the reflected light, and identify which wavelengths failed to bounce back.

This was only phase one of the project. Phase two involves shrinking down the device so it may be used in a variety of circumstances, including by doctors and soldiers in the field.