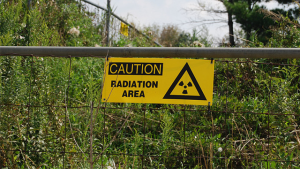 The Environmental Protection Agency (EPA) could benefit from a good EMC engineer. The Wallstreet Journal reports that many sensors in the EPA’s national radiation monitoring system are out of commission because of electromagnetic interference (EMI) from sources such as cellphone towers. EPA officials have said that 99 of the 135 beta-radiation sensors in its RadNet system have been turned off because EMI has prevented them from working properly.

RadNet monitors the nation’s air, precipitation and drinking water for radiation. Each state has at least one RadNet monitoring station, which is a 5-foot-tall metal box with an attached pole to hold additional equipment. According to the EPA, “RadNet runs 24 hours a day, 7 days a week collecting near-real-time measurements of gamma radiation.” The system provides data that helps officials find a baseline for radiation levels so they can detect any unusual changes. Having near real-time monitoring across the country will help the EPA determine the best course of action if there is ever a nuclear emergency, such as an explosion or a power plant accident.

Despite the 99 beta-radiation sensors being turned off due to EMI, the EPA remains confident RadNet’s other equipment captures plenty of data for determining radiation levels. In addition to the beta sensors, each RadNet station also has a gamma-radiation monitor. The EPA has said that monitoring gamma radiation is most important, and the gamma monitors have not been affected by interference.