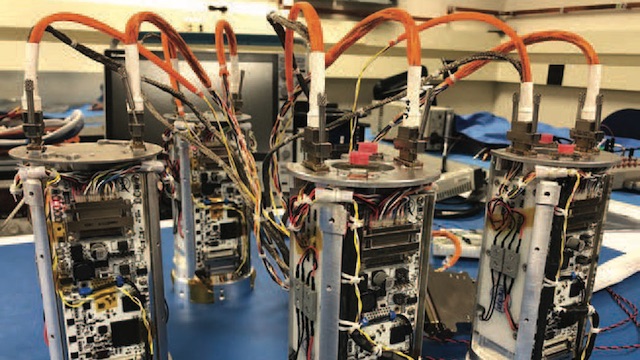 Engineers from NASA have developed a new type of sounding rocket technology with the potential to allow for enhanced capabilities. The new avionics technology, which focuses on distributed payload communications, could provide the power needed to obtain simultaneous multi-point measurements — a capability that researchers have never had before.

This technology could allow scientists to deploy small sub-payloads via sound rockets at multiple different altitudes. From there, onboard miniaturized instruments would be ready to gather multi-point measurements simultaneously in real-time. The main payload would theoretically be equipped with a distributed payload communications radio receiver, which would be programmed to collect the sub-payload’s data. Finally, it would multiplex the assorted data into one data stream, which would then be sent to waiting ground stations.

Engineers are keen to test out the new technology in action and observe how each step of the process goes forward. According to scientists, the launch doors should open within two minutes of the rocket lifting off. Two sub-payloads will be deployed; the sub-payloads have been equipped with an assortment of instruments, and are expected to travel about 200 miles per second on their journey to a position nearly 12 miles away from the main payload. As they travel across the sky, the sub-payloads will take measurements of Earth’s upper atmosphere, recording any physical phenomena that cross their paths.