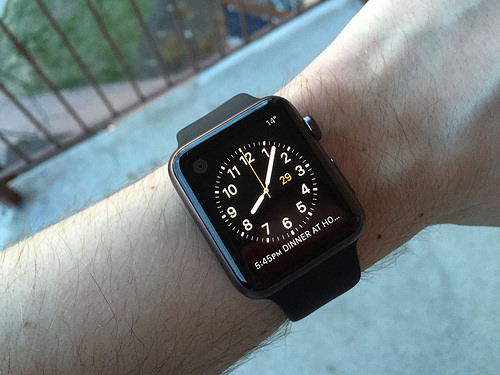 Engineers from NASA’s Jet Propulsion Laboratory and UCLA are developing microchips that reflect wireless signals instead of using regular transmitters and receivers. Their focus is on making wearable devices more efficient so they don’t have to be charged as frequently. “The idea is if the wearable device only needs to reflect the Wi-Fi signal from a router or cell tower, instead of generate it, the power consumption can go way down (and the battery life can go way up),” said researcher Adrian Tang, in a NASA statement.

Their solution is a simple switch mechanism that uses minimal power and allows for fast data transfer. Just like with computers, the information that is transmitted to and from a wearable device is encoded in 1s and 0s. In this case, when incoming energy is absorbed by a circuit it is a “0” and when the chip reflects that energy it is a “1.” However, wearable devices aren’t usually worn in a vacuum, so the researchers have to contend with the fact that other nearby objects also reflect signals. For that reason, they developed a wireless silicon chip that constantly senses and suppresses background reflections so the chip can focus on the real Wi-Fi signal.

Their patent-pending technology eliminates interference from surrounding objects, which allows information to be transferred at a rate of 330 megabits per second, which is about three times faster than regular Wi-Fi. “You can send a video in a couple of seconds, but you don’t consume the energy of the wearable device. The transmitter externally is expending energy – not the watch or other wearable,” said UCLA engineer M.C. Frank Chang. So there’s the catch—the router and the computer the wearable device is communicating with experience increased power usage, so they must have long battery life or be plugged in. The researchers are tackling this challenge next, but there are already agreements in place for the commercialization of the technology.