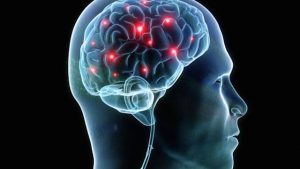 Engineers at the University of California San Diego have created a new type of nanowire technology that gives us a deeper understanding of how the brain really works. These engineers have developed a new style of nanowire that is changing the way we look at brains, and diagnose neurological diseases.

Unlike previous models and systems, this new nanowire technology can observe and record the electrical activity of neurons in the brain. This is a groundbreaking invention, and the implications it holds for both the medical and engineering fields are simply staggering.

Scientists accomplished this by measuring the ion channel currents and changes within cells. The nanowires allow for detailed and intricate measurements that observe even the slightest changes within the cell. Scientists believe that this new measurement system could one day be used to determine which drugs are best suited to treating and even curing neurological diseases.

Perhaps most significantly, this new nanowire system is non-invasive and does not damage the cells being studied. Previous methods could destroy the cell membrane, ultimately killing the cell being studied. This seriously hampered the research of scientists, particularly when they were studying large networks of neurons. The new nanowire changes all that; it is noninvasive, nondestructive, and much more finely tuned than its predecessors.

The device created by engineers is made up of silicon nanowires. These wires are packed tightly on a chip made of nickel electrodes that are coated with silica. These delicate wires cause no harm to the cells being studied, allowing scientists to closely observe the way the cells interact and function on a much larger scale than ever before. Soon, this technology could be an essential part of diagnosing and treating neurological diseases. Scientists hope that one day, these amazing nanowires could be transformed into a device that functions directly within the human brain.