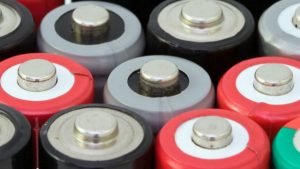 A new battery made from nanowires can be recharged at least 200,000 times without losing capacity or power. While the idea of making a battery out of nanowires isn’t new, the fragile wires don’t last long without breaking down. Now, researchers at the University California, Irvine (UCI) have discovered a solution.

Nanowires are excellent battery materials because they are highly conductive and have a large surface area available for electron transfer. Unfortunately, when the wires are subjected to many cycles of discharging and recharging, they tend to expand, grow brittle, and crack. Without expecting much, UCI doctoral candidate Mya Le Thai tried coating nanowires with a thin gel layer to see if it might help. She was surprised to discover that the gel made the nanowire dramatically more resilient—and it was able to cycle hundreds of thousands of times without failing.

The coated electrode holds its shape much better, making it a more reliable option.This research proves that a nanowire-based battery electrode can have a long lifetime and that we can make these kinds of batteries a reality.

The final version is a gold nanowire that is covered with a manganese dioxide shell and then coated in an electrolyte made of a Plexiglas-like gel. The results of the research are described in a paper in the American Chemical Society’s Energy Letters.