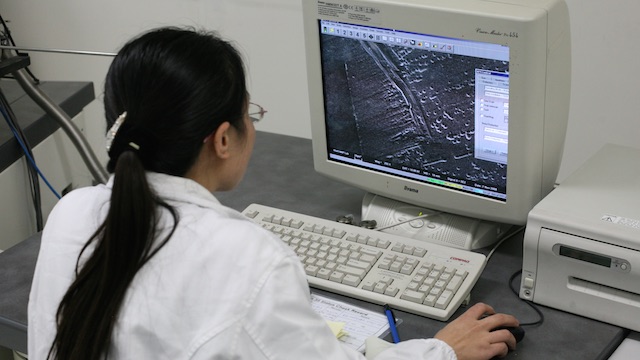 Scientists from the National Institute of Standards and Technology as well as John Hopkins University have discovered a powerful phenomenon that could improve memory and computing devices in a number of ways. This phenomenon is known as zero field switching (ZFS). Scientists believe it could be key to creating smaller, lower-power computing and memory devices than ever before.

The phenomenon begins with a layering of platinum and tungsten over a cobalt-iron-boron magnet. This is sandwiched between gold electrodes that have been placed on a silicon surface. Electric current is injected into the back end of the structure through the gold; the energy will emerge via the front gold contact pad.

The magnet layer is roughly a nanometer-thick, and used to store a small amount of data. The magnetization of the layer can be read either electronically or optically. This is actually due to a second phenomenon, known as the magneto-optical Kerr effect, where magnetization changes the light reflectivity from the surface of the material.

Electric currents in the device can flip the data set as needed. This is a big step, as older iterations of the device required a magnetic field — or even more complex measures — in order to change the magnetization of a material. This was decidedly not helpful when scientists attempted to develop stable, non-volatile memory devices.

Luckily, the scientists behind this new device had a breakthrough in their work. Researchers learned that using a single electrical current allowed them to flip the magnetization in a stable manner. The electrical current was sent through the layers of metal adjacent to the nanomagnet. As a result, no magnetic field is required.

To call this a surprise would be something of an understatement; scientists had not even theoretically predicted that such an event as ZFS could ever occur. They attribute the phenomenon to the creation of a special kind of electric current. In a ‘spin’ current, as it is called, the electrons that carry the current have a spin property. Simply put, this property is when an electric current has electrons which spin the same direction. The spinning can be harnessed, and used to flip the magnetization of the material to be flipped as needed.

Besides setting the scene for significantly smaller memory and computer devices, this discovery has raised a plethora of new questions regarding the underlying mechanisms of this remarkable phenomena. Scientists continue to research the ZFS effect, hoping to discover other avenues in which it can be effectively utilized.