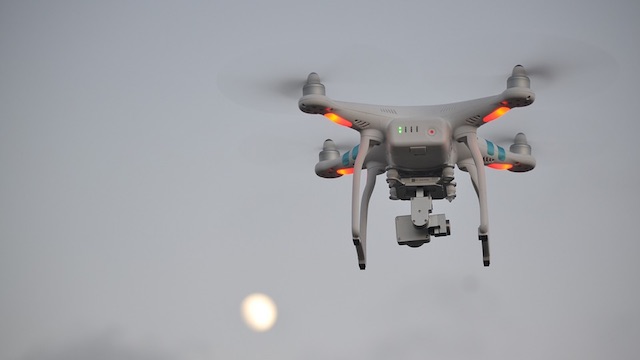 Engineers at the Massachusetts Institute of Technology (MIT) have designed a drone small enough to  fit in the palm of your hand. They combined pared-down hardware with a new type of specialized computer chip to create this revolutionary new technology.

The secret to this incredibly small drone lies in its computer chip. The chip works at a remarkable speed, processing images at an impressive 20 frames per second. The drone can also automatically adjust and correct its orientation in space. Perhaps most impressive is the fact that all this technology uses less than 2 watts of power.

“Traditionally, an algorithm is designed, and you throw it over to a hardware person to figure out how to map the algorithm to hardware. But we found by designing the hardware and algorithms together, we can achieve more substantial power savings.”

This impressive new algorithm — and the technology that goes with it — will be used by the team in their ongoing goal to create the world’s smallest intelligent drone. This drone will theoretically be capable of flying completely on its own, and would ultimately be about the size of an insect. This technology could also be applied to a range of consumer electronics. The possibilities are varied and exciting, and this new computer chip is just the first step.

“Imagine buying a bottle cap-sized drone that can integrate with your phone, and you can take it out and fit it in your palm. If you lift your hand up a little, it would sense that, and start to fly around and film you. Then you open your hand again and it would land on your palm, and you could upload that video to your phone and share it with others.”

Sertac Karaman, the Class of 1948 Career Development Associate Professor of Aeronautics and Astronautics at MIT

These tiny but powerful drones would be enormously useful in search and rescue missions, as well as when it comes to combing through disaster areas. Because of their diminutive size, these drones would be capable of going into small spaces such as collapsed structures, and locating survivors. The engineering team is working to improve upon the current design on their drone, making it even smaller and more powerful.