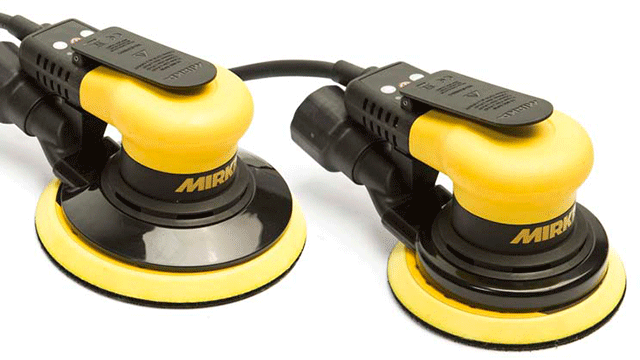 Mirka Abrasives is extending the recall of their Compact Electric Random Orbital Sanders due to potential short circuiting which poses a fire hazard. Several hundred units were previously recalled in June 2014. There have been five reports of electrical shorting which caused the sanders to spark and smoke. No injuries or property damage have been reported.

The sanders were sold at various distributors and independent U.S. retailers as well as at amazon.com, beavertools.com, and other online retailers. They were sold from March to November 2014 for approximately $500 USD. The recall includes 5- and 6-inch Mirka cEROS compact electric random orbital sanders. They are yellow and black with a Mirka logo on the front. The 5-inch sander is model CEROS550.  The 6-inch sander is model CEROS650. Model information is on a white sticker on the back of the sander housing beneath the hand grip. Customers should immediately unplug the recalled sanders and contact Mirka for a free replacement. Additional models that were sent to the Mira Authorized Repair Center are being recalled in the U.S. to receive a new speed controller.

To learn if your Mirka random orbital sander has been recalled, view the full recall notice.